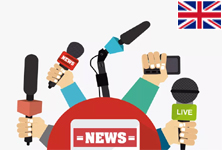 The Institute for Supply Management (ISM) released on Monday, July 1, data on the ISM Manufacturing Index which came in at 51.7 in June compared with 52.1 in May, while analysts forecast 51. It should also be noted that this is the lowest mark since October 2016. In the report, the Institute noted that the index mainly rose on the back of expansion of new facilities in June. The ISM Manufacturing New Orders Index decreased from 52.7 in May to 50 last month, or the lowest reading since December 2015. The ISM Manufacturing Employment Index improved from 53.7 to 54.5. On balance, business activity grew in 12 out of 18 manufacturing sectors, with businesses from 10 industries reporting more orders.

US construction spending declines at the fastest pace since November 2018

The US Department of Commerce said on Monday, July 1, that construction spending declined 0.8% in May, whereas analysts forecast a 0.1% uptick. This is the sharpest decline since November 2018. The April reading was revised up from 0% to 0.4%. Construction spending decreased 2.3% y-o-y in May. The Department pointed out that spending on private construction projects fell 0.7% in May to the lowest level since January 2017. Investment in private residential projects dropped 0.6% in May to the lowest level since December 2016. Spending on private residential construction declined for the fifth month in a row.

According to the Congressional Budget Office (CBO), the US federal debt is expected to rise from 78% of GDP in 2019 to 144% in 2049, the most ever in history, on the heels of an increasing fiscal deficit. The current level of debt is the highest since World War II, said the agency. “The latest baseline projections incorporate the CBO’s central estimates of various factors, such as productivity growth and interest rates on federal debt,” the report highlights. The CBO’s analysis indicates that even if values for those factors differed from the agency’s projections, debt several decades from now would probably be much higher than it is today. Concerning interest rates, a one percentage point hike each year above the CBO’s projection could push debt up 199% of GDP in 2049. One percentage point lower, debt that year would be 107% of US economic growth.

US: stocks chalked up mild gains on Monday

On Monday, the S&P 500 touched a new intraday high, while a rally in US equities was led by high-tech names on the back of news over the weekend about a truce in the US-China trade war. Last Saturday, Donald Trump and Xi Jinping agreed to refrain from introducing new tariffs and to resume trade negotiations. Moreover, the US leader pledged to cancel his decision banning US businesses from selling components to Chinese tech giant Huawei. As regards macro, US numbers were mixed, with construction spending falling 0.8% in May vs. a forecast 0.1% increase, and the ISM Manufacturing Index came in at 51.7 in June, surpassing the median consensus of 51.
The external news flow for US trading was upbeat as European and Asian names logged gains.
Recapping the indices, the Dow Jones Industrial Average added 0.44% to 26,717.43, the S&P 500 advanced 0.77% to 2,964.33, and the tech-heavy Nasdaq Composite increased 1.06% to 8,091.16.
In commodities, August NYMEX WTI traded up 1.1% to USD 59.09/bbl, while August COMEX gold declined 1.7% to USD 1,389.30/oz.
In the blue-chip universe, less than half of liquid names closed in the red, with only Boeing losing over 1%. The likes of Nike, Apple, Tesla, IBM, and Walt Disney gained more than 1%.
Applied Materials surged 1.7% on news it agreed to acquire Kokusai Electric for USD 2.2 bn.
Semiconductor plays were led the rally amid a truce in the US-China trade conflict. As a result, Broadcom spiked 4.3%, Qorvo gained 6% and Qualcomm closed 1.9% higher.
Cosmetics manufacturer Coty tanked 13.5% after unveiling strategic changes that will entail a sharp increase in costs.
Gold-mining company Freeport-McMoRan tumbled 1.4% after cutting 2Q financial guidance.

The daily chart shows that the index has breached the resistance level at 2,950 and holds short-term upside potential as there are no signs of overbuying.

Key European indices closed to the upside on Monday, July 1, on the back of positive comments after the meeting between US President Donald Trump and Chinese leader Xi Jinping on the sidelines of the G20 summit, at which the parties agreed to resume trade talks. Reportedly, Donald Trump pledged to postpone new tariffs on Chinese imports and ease restrictions on Huawei, while Xi Jinping said China will purchase more US agricultural products.

In sectoral terms, the session’s outperformers included tech stocks, which are sensitive to trade policy. As regards macro data, Germany’s unemployment rate was unchanged m-o-m at 5.0% in June. Furthermore, the manufacturing PMIs for Germany and the Eurozone came in at 45.0 and 47.6, respectively, compared to consensus forecasts of 45.4 and 47.8.

Meanwhile, International Consolidated Airlines Group shed 1.0% as equity analysts at Bernstein lowered their rating on the stock, citing weaker demand for tourist travel exacerbated by a potential slowdown in